OK, I admit it.  I’m an economist and I like statistics. 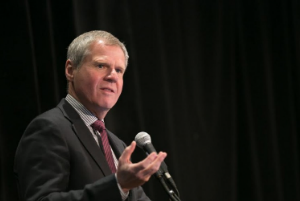 Statistics can explain a lot, if the right questions are asked.  But, sometimes statistics can be misleading, resulting at best in some earnest head-scratching, at worst in bad decisions on the part of businesses and governments alike.

Take for example the seemingly endless debate about why Canada’s competitive performance in manufacturing is in decline.  There is no sugar-coating the problem, at least at an economy-wide level.  In 2000, the United Nations ranked Canada fourth in the world in terms of manufacturing competitiveness.  Since then, we have tumbled to fifteenth spot.  Manufacturing investments in research and development and in new machinery and equipment have fallen off dramatically.  Our productivity gap with the United States, not to mention the likes of Germany, Japan, and South Korea, has widened.  Today, after adjusting for price changes, the value of goods produced by Canadian manufacturers is running at about the same level as in 2002 and six percent lower than the peak just before the great recession.

The statistics behind these trends paint a sobering picture of an important industry in trouble.  They also underscore the challenges that currently face the Canadian economy as a whole.  Our fondness for borrowing on the back of inflated financial and property markets and artificially low interest rates has obscured the reality that Canada’s ability to generate wealth, earn export income, and sustain well-paying jobs has been critically impaired by a sputtering manufacturing sector.  The seriousness of the situation will become more apparent as interest rates climb higher.

But, it is important to put things into perspective.  The view at the top is not always an accurate indicator of what is happening at the level of each and every firm.  In fact, when you ask a manufacturer about their business, the response is usually fairly positive.  Sure, business costs are rising and risks are running high, but many companies are doing pretty well.  They are innovating and investing in new machinery, equipment, and technologies.  They need to in order to compete, let alone grow.

A better way of gauging how manufacturers are doing is to step into the shoes of a CFO and look at the financial statements, at average operating revenues and costs, for firms across the sector.  The view from this angle is much more positive and instructive than at the macro level, especially when Canadian manufacturers are compared to their U.S. counterparts.

Financial statistics tell a different and surprising story.  They show that manufacturers in Canada are on the whole more profitable than in the United States.  As a percent of gross output (sales revenue plus changes in inventory valuation), overall labour costs are lower in Canada.  Goods and services input costs account for exactly the same proportion of output in both countries.  As a result, gross profit margins are higher in Canada.  So too are before- and after-tax profit margins – although US manufacturers do enjoy a growing tax advantage.

Another remarkable observation is that over the past fifteen years Canadian and U.S. manufacturers have invested exactly the same proportion of their after-tax operating cash in R&D and new machinery and equipment.

This offers an important hint that helps explain why stats at a macro-level appear so dismal.  Operating cash includes after-tax profits as well as depreciation and amortization costs.  Those costs are much higher in the United States than in Canada.  And, that is mainly because manufacturing operations in the US are typically much larger than in this country.  Only about 270 manufacturing facilities currently operating in Canada are large enough to employ over 500 people.  There are almost 32,000 in the United States.

So, what does all this tell us, apart from the fact that more economists should be reading financial statements?  Above all, it means that scale matters.  Productivity and investment levels are higher in U.S. manufacturing because the scale of production there is also much larger than in Canada – bigger companies invest more in innovation, employ more technology, and benefit from greater economies of scale and production efficiencies.  It also implies that declining levels of manufacturing investment and productivity in Canada can be attributed at least in part to the loss of larger manufacturing operations that this country has experienced over the past several years.

There are lessons here for policy-makers aiming to strengthen Canada’s economic performance.  This country needs to remain an attractive location for manufacturing companies to invest and grow.  Any steps that governments can take to reduce regulatory compliance costs, accelerate depreciation rates for tax purposes, or otherwise reduce taxes on manufacturers will increase cash flow and boost investment performance.  And, initiatives that aim to increase the amount of cash that companies are willing to invest in innovation should be encouraged – initiatives that support technology, production, and business scale-up for instance, or that help de-risk investment decisions particularly on the part of smaller companies.

The lesson for manufacturers is the importance of building scale in order to compete, stay current with technology, and capture new market opportunities.  In today’s rapidly changing economy, partnerships and collaboration are key to supercharging competitiveness and growth.

END_OF_DOCUMENT_TOKEN_TO_BE_REPLACED

What’s Super about a Supercluster?